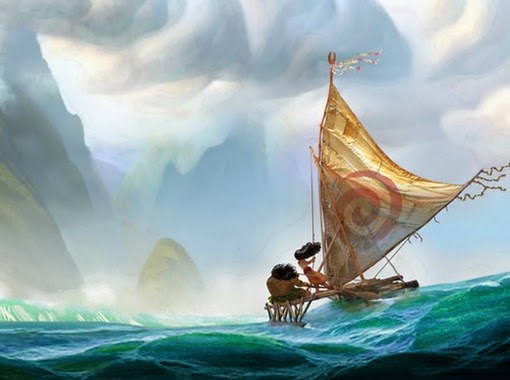 Yesterday it was reported that Dwayne "The Rock" Johnson had been cast as the first official actor in Disney's upcoming 56th animated feature film, Moana.  The film has been previously reported to be a computer animated feature, but a recent article by billboard.com has now listed that Moana will be a 2D feature, reminiscent of Princess and the Frog and other classics from the Disney Renaissance (the era from 1989's The Little Mermaid to 1999's Tarzan).

The Rock will be playing the legendary demi-god Maui and his role is listed as doing a lot of singing...which is nice as he actually has a beautiful singing voice.  Moana tells the story of a young girl who uses her remarkable navigational skills to journey to a fabled island.

If you want to read a little more on the project and see The Rock's tweet about it read more here.
Posted by Alc Fluteo at 2:18 PM